When we arrived we walked to our assembly point where we had morning tea. Soon the entire lot of children had to be organised to head to their first activity. My group first headed to the pump house and had to study it and our caregiver Mrs Pau'uvale asked us questions on the pump house. Next  we advanced  to the Sir Edmund Hillary information house. I found out that Sir Edmund Hillary equipped himself with three Harley Davidsons to travel on, on the ice. Then we walked off to the fire station and wrote more information about the history of fire engines. In The twentieth century a new model of fire engines was created. It was made with more horsepower and equipped with more storage space.
In my opinion the fire engines from the 18th to 19th century are real modern.

After that we advanced to the arcade room, at the arcade we went into the movie theatre, where we watched an asian man create a shoe that makes sure that your feet won’t stink. I felt relieved that an intelligent man has created a unique type of shoes, but unfortunately they're only sold in America and I can do with one of those.
Later on we headed down the stairs to the technology room. We had to run up the stairs and back down. Next we clip-clopped our way to the tram stop. The tram ride was very bumpy. The most exciting moment for me on the tram was when I was chosen to ring the tram bell, and wear the driver's hat. I felt special that I was chosen.

This month is Military month, that's why I saw new artefacts
outside the assembly point. There were displays of Armoured personnel carriers, (APC) Anti-aircraft guns,(AA guns) and many more fascinating military displays. The reason why they put these Military displays was because of Anzac day. 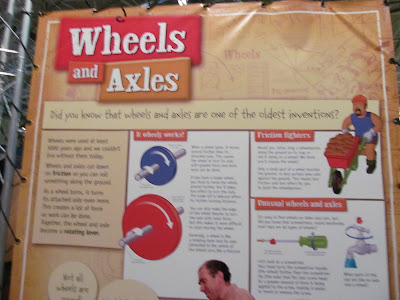 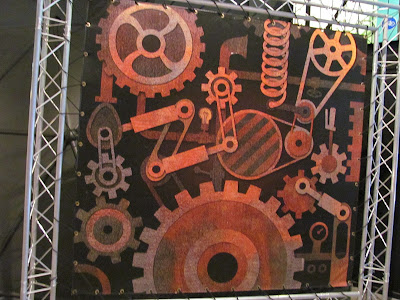