My MOTAT Experience to learn about Simple Machines

M.O.T.A.T
Wednesday the 16th of April
Glenbrae senior students went to MOTAT  for our trip about Simple machines.
Our educator Melissa was showing  where the machines were made and why we need them. We need them for survival.


The pump house we saw was first made in 1877 at the Auckland MOTAT. The Pump house was used to  pump fresh clean water to all the homes and factories in Auckland.

After that we went to  see Sir Edmund Hillary's Gallery and we searched up information about him. He  led the New Zealand Team of the
Commonwealth Trans Antarctic Expedition in 1955. He  completed the first Overland crossing of Antarctica using snow mobiles and used simple machines for doing simple tasks.

At 11:30 we went on our tram ride. The trams are run on electricity.  A wire is hooked on top of the power line at both of the ends of the tram to make it move. The Tram we travelled on was made in 1974.

At motat there are lots of new huge machines like Army tanks. I also saw Army grenades and many other mechanisms. 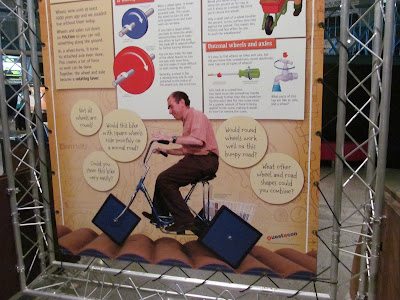