Learning about Things I Never Knew

We went to Motat to learn and explore Simple Mechanisms.

At MOTAT we first explored around the old vehicles.My favourite vehicle is a Morris Eight.The Morris Eight was the most sold out car in year 1930 in England. My group and I watched how a car engine worked in the olden days. While we were in the cars exhibition area we saw the huge black plane engine also.

Then we moved to the Victorian Village. While we were walking around  the Victorian Village we walked into a classroom of the olden days. We also found a pencil sharpener, an abacus, a bell and a weird looking heater. Then we went to the Chapel of the Good Shepherd. We prayed inside the church and enjoyed the experience of the small church. The church was built in 1898 and transferred to MOTAT in 1974.

After that we went to the tram station. We nearly  missed the tram as we were late. So we  quickly went through the shop and onto the tram. The tram that we were riding on was built in 1944 in Melbourne.Our Tram driver was Paul O’ Ryan.

In class we learnt about simple mechanisms. A simple mechanism is a mechanism that makes our life easier by using a simple object. Such mechanisms are pulleys, wedges, levers, wheels and the axle. An Axel gives a point of rotation for a wheel. In the 10 last minutes we got to make a simple machine. My partner and I made a small vehicle. 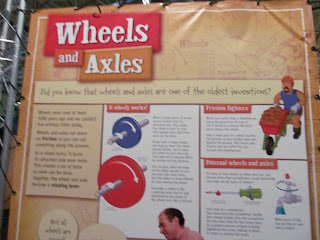 There were new exhibits outside the car exhibition. It was an army collection of Armoured tanks and huge guns.The FV432 Armoured Personnel Carrier was used for the army and was built in 1964. Its speed was 52 km/h.